Annette is the Director of Communications for the City of Kannapolis, N.C. Before working for municipal governments, including the City of Concord, N.C. and the Town of Matthews, she worked as a newspaper editor and with public school districts as a Public Relations/Communications Director.

Annette has received numerous awards at the state and national level in branding, marketing and communications. One of her proudest achievements is serving as a co-founder and president of the N.C. City and County Communicators, a group dedicated to the professional development and networking of local governmental communications professionals. 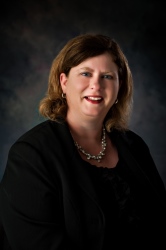